From Richard Florida on Atlantic Cities – a book revue and author interview that is reminds us  of Christopher Alexander’ seminal paper “A city is not a tree” – “its’ a semi-lattice”  that makes the idea that proximity creates communities obviously misinformed – even in places that have dense communities – these are invariable distributed and connected in many different ways – not only by physical location – all sorts of network associations are in play and being enacted – where these associations are not being reenacted or performed – the networks decay and communities disintegrate or never form, as repeatedly elaborated by Bruno Latour,  in “Reassembling the Social” and other of his papers, these Actor-Networks consist of both human and non-human actors and their relationships are coterminous in more than one type of network and more than one type of space.

Cities are obviously more than just the sum of their physical assets — roads and bridges, offices, factories, shopping centers, and homes — working more like living organisms than jumbles of concrete. Their inner workings even transcend their ability to cluster and concentrate people and economic activity. As sociologist Zachary Neal of Michigan State University argues in his new book, The Connected City, cities are made up of human social networks. Neal took time to discuss his book and research with Atlantic Cities, explaining how cities work as living organisms and why what happens in Las Vegas cannot stay in Las Vegas.

RF: In the book, you write that “communities are networks, not places.” Tell us about why and how networks matter to cities?

ZN: We often think of communities in place–based terms, like Jane Jacobs’ beloved Greenwich Village. But, whether or not a place like Greenwich Village is really a community has more to do with the residents’ relationships with one another — their social networks – than with where they happen to live or work. The danger of thinking about communities as places is that it can lead us to find communities where they don’t exist.  A neighborhood where the residents never interact is merely a place, but hardly a community. This can lead us to overlook communities that are not rooted in particular places, like a book club with a constantly changing venue.

Communities aren’t disappearing, but to find them we need to stop looking in places, and start looking in social networks.

What are the key factors that shape the networks of a connected city?

Despite claims of the death of distance, especially in a networked society, the most critical factor is still distance. But, when it comes to the connected city, at least three different kinds of distance — network, spatial, and social — are important.  Network distance refers to the number of links between two people: I am close to my friends, a bit further away from friends–of–friends, and so on.

Understanding how the connected city is organized is really a matter of understanding network distance: Why are some people close to one another in a network, while others are further apart?

More on how maps shape our worlds – literally and figutatively

From antiquity to the space age, maps have both expressed our view of the world and have helped to determine that vision. Jerry Brotton, author of A History of the World in Twelve Maps, explains how each of his chosen maps not only represents a time but a way of thinking, whether it is the scientific curiosity of Ptolemy’s second century AD Greece, or the urge for a new world perspective that inspired the still-controversial Peters Projection of 1973.

Simon Garfield looks at how the owners of modern map-making technology are using it to power the new capitalism, putting the consumer at the centre of what has become a world view that goes “from me-to-z”.

Plus, we listen in to some historic send-ups…

Do you act on these ideas? Do you think the that success is defined by our possessions – No doubt we use them to advertise or present ourselves in everyday Life a la Goffman

Many citizens of capitalist countries grow up in cultures that praise individualism and define success as owning bigger and better things. However, psychologists argue that a consumerist approach leaves many people unhappy. Some are challenging the consumption equals happiness mentality by intentionally living with less. So how are people altering the cycle of consumerism?

Useful resource on the writing of Saskia Sasken 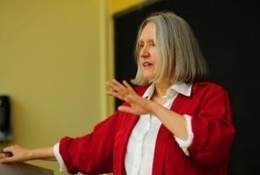 Saskia Sassen’s research and writing focuses on globalization (including social, economic and political dimensions), immigration, global cities (including cities and terrorism), the new technologies, and changes within the liberal state that result from current transnational conditions.

Many articles on www.saskiasassen.com
New York and London

How we choose what we choose is changing – should it?

The following post is the full-length version of a piece that was published in edited form inTimes Higher Education.

In their song ‘Life’s an Ocean’, which appeared on their 1995 album A Northern Soul, The Verve sang of imagining the future and waking up with a scream because they were buying some feelings from a vending machine. I wouldn’t say that I was quite waking with a scream, but we might imagine a future in which academic practices have reached a similar state of efficiency, ordering and control. Put starkly, the day cannot be far away when there is an ‘app’ that tells us what articles to read. I’m imagining a simple application that builds up a personalized profile about the research articles we read, and that then uses that profile to predict what we are likely to want to read. Such devices are everywhere around…

A surprising result of the research – pirates are the biggest spenders as well!! – As well we might know….!

David Campbell has a good discussion of file-sharing of digital media at his blog, based on the Copy Culture in the US and Germany study.

Many discussions of these issues proceed in terms of assumptions and generalisations that often have little evidence to back them up. The great virtue of Copy Culture is it provides some hard data on what is actually happening in the new media economy, and that data paints a picture at odds with the oft-heard claims about a rampant and destructive “culture of free” on the web – symbolised in the graphic at the top of this post.

Would be interesting to know if something similar happens with book buying and downloading, and in terms of music whether people make a distinction between work by major artists/labels and work by independent ones.

`the ways we know the past are words, paintings, maps and music and maps might be the greatest illusions of them all./…

The Guardian today posted a gallery of old map images, to tie in with a book newly out looking at maps charting the development of cities. There’s also a related podcast, where map experts Simon Garfield and Jerry Brotton talk about Maps from Ptolemy to Google.

I used maps a lot in my taught postgraduate MPhil degree which was studying Cultural and Urban Histories 1650-1850. Maps are a wonderful tool for viewing changing urban layouts, and understanding how towns worked in the past, figuring out the relationship between different areas and different functions, and also the relationship between a town and its surrounding hinterlands. Of course we relied on maps being created in the first place and still surviving today. I remember once finding a reference in the town council minutes to a map created of Montrose in Angus in the 1740s, but the map couldn’t be found now…

The real value of urban parks that are open for all…

Don’t miss the NY Times article on the recognized need for open space in Mumbai, especially open space that is accessible to the least privileged members of society. Parks, it is suggested, are a hedge against maladies such as respiratory diseases, malaria, asthma, and  neuropsychiatric disorders. Neha Thirani, the article’s author, opens with the personal story of Anusaya Nair, a slum dweller who prizes her time in a newly developed small park – a park that would not have been developed without a lawsuit. Thirani reminds us of the growing need for parks in rapidly developing cities around the world and the difficulty of implementing them in tight land markets.

Not far from where Anusaya Nair lives, a room that measures barely 5 feet by 5 feet, is her main escape: a 9,200-square-foot park, boxed on three sides by a ramshackle garage, tenement housing and an apartment complex. A…

Following a devastating Category Four hurricane in 1919 that destroyed its downtown, Corpus Christi filled a block into the Corpus Christi Bay to construct a new seawall that would protect the community from future disasters. Since that time, the bayfront has been defined by Shoreline Drive—a wide boulevard designed primarily for automobiles—and provided limited spaces for pedestrians in the hot South Texas sun.

In 2004, Gignac Associates and Sasaki prepared the overall master plan for the Corpus Christi bayfront—spanning from McGee Beach in the south to the ship channel in the north. The approved master plan called for the relocation of Shoreline Boulevard in order to accommodate new green spaces along the water’s edge, thus creating the vision for the new North Bayfront Park. Situated next to the American Bank Center Arena, North Bayfront Park is the first of a series of parks to be constructed from the master plan.

A perrenial favorite of mine Adriaan Gueze, provides background to this designs

A perrenial favorite of mine Adriaan Gueze, provides background to this designs