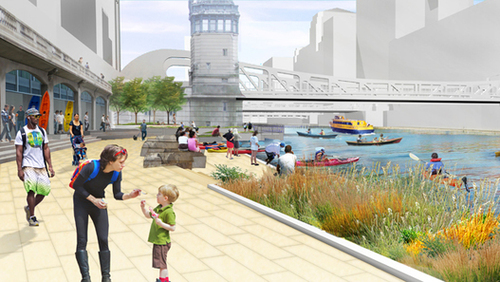 Are there ways to enhance revenue from public space projects without gentrification and also encouraging heterogenous usage ? I think there are but we need to engage all actors infinding out how. 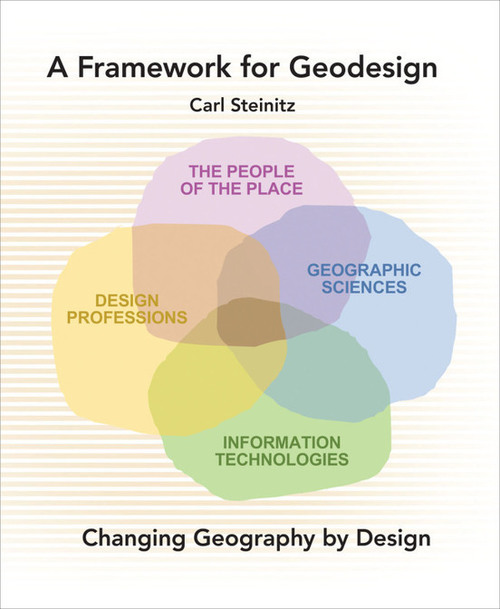 In recent years, Esri, publishers of the ArcGIS suite of software, has been promoting a concept called geodesign in an attempt to meld the geographic discip…

Is Geodesign a recipe or methodology for User CEntred or Co-Design? Some of it might be – some might just be sophisticated marketing… 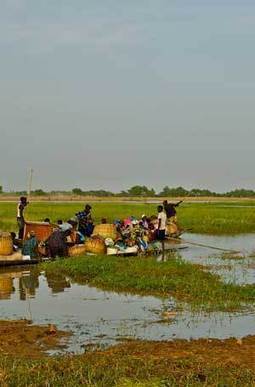 Who manages a cultural landscape that has global importance? Does the United Nations have final say or the local community? It turns out a complex web of interests shape these evolving cultural lan…

Whose culture is it anyway?

In the wake of environmentalism’s fervor for untamed nature, we find that many left over urban spaces are simply neglected and left to their own devices in the name of some idea of “naturalism”, this added to the decline in public spending on landscaping and urban public space upkeep, has led to  most areas  along public roads and smaller urban public parks looking like abandoned lots – in fact some vacant lots really do look better than the mish-mash of decrepit indigenous or wild native plants long past their prime that is usually now associated with “green space” and unfortunately this is often due to the lack of plant knowledge of landscape architects and horticulturists themselves who are swept up with this idea of planting indigenous or native. The use of improved varieties of “wild” plants and ecological design that artistically and in an intensely designed way sets out to create urban plantscapes that  are colorful and interesting all year round, and blend many plant species together for a specific result, sets this “new wave” landscape apart – garden designers such as Noel Kingsbury and  Piet Oudolf, (Dutch master: the garden design genius of Piet Oudolf – Telegraph) have been influential in this regard as have the founders of the firm Oehme, van Sweden & Associates, this new garden The New York Botanical Garden will doubtless increase the exposure  and the popularity of this trend, which might even thus spread to the Middle  and Far East where the style I dub “Cake Decoration Style” of little clipped variegated hedges and trite masses of plants in serried ranks like so many ordered soldiers, still prevails. From the Washington Post By Adrian Higgins

Ramin Talaie/RAMIN TALAIE FOR THE WASHINGTON – Sheila Brady, principal with the DC firm of Oehme, van Sweden & Associates and the designer of the Native Plant Garden at The New York Botanical Garden stands for a photograph.

How do you open a $15 million public garden, New York-style?You invite a tramload of benefactors, give them an elegant lunch in a historic stone barn, and when you cut the ribbon, you sing a couple of verses of “America the Beautiful” — with the help of an international opera star — in this case, Simon O’Neill, a tenor also tackling Wagner at the Met.
Amid this cultivated scene one recent Friday, you might have noticed a petite woman in a black dress, a lime-green scarf and with piercing blue-gray eyes. She seemed both joyful and a little detached, as though she were an artist taking it all in, which, as it turns out, she was. “It was just a whirlwind, and really great,” said Sheila Brady, the designer of the New York Botanical Garden’s new native plant garden.Brady is a Washington-based landscape architect who has spent much of the past five years working on the garden with her colleagues at Oehme van Sweden Landscape Architects — OvS — alongside a team at the botanic garden.Together they have created an exemplary garden — important to the institution and significant to the cause of contemporary landscape design and horticulture.

The new Native Plant Garden at the New York Botanical Garden has been selected as a pilot project for the Sustainable Sites Initiative conceived by the American Society of Landscape Architects, the Lady Bird Johnson Wildflower Center and the United States Botanic Garden. The project will culminate in a display garden showcasing native plants of the Northeast region, including a wide spectrum of habitat and microclimate. To quote Todd Forrest, Vice President for Horticulture and Living Systems at the New York Botanical Garden, in his April, 2009 article for Public Garden, this will be “a new kind of native plant garden, one that distills the beauty of the region’s natural landscapes rather than simply attempting to replicate them.”

The garden rejects a conventional idea of presenting native flora as replicated eco-systems and instead gathers American plants with a gardener’s eye for color, texture, combinations, seasonal peaks and other aesthetic ambitions. The planting schemes are complex, and besides the mind-boggling number of plants involved — 90,000 perennials, grasses, bulbs, shrubs and trees in a 31 / 2-acre area — Brady and her collaborators have used varieties bred for improved garden performance.

END_OF_DOCUMENT_TOKEN_TO_BE_REPLACED

A well-earned recognition for a Landscape Architect from the Smithsonian

“Nature” is probably the last word that comes to mind when most people think about urban design. That’s not the case for landscape designer Margie Ruddick, though. For the past 25 years, she has created parks, gardens and waterfronts that blend ecology with city planning.

In New York City, home to many of her works, Ruddick has transformed Queens Plaza by merging plants, water, wind and sun with the city’s infrastructure, and designed a 2.5-acre park along the Hudson River in Battery Park City out of materials recycled from other parks in the area. Her most recent project took nature indoors at Manhattan’s Bank of America Tower, where she created a winter garden with four tall sculptures made of thousands of ferns, mosses and vines. This “Urban Garden Room” was the first ever permanent installation of a living sculpture.

Last week, Smithsonian’s Cooper-Hewitt, National Design Museum announced that Ruddick would be one of this year’s ten recipients of a 2013 National Design Award, hers for landscape architecture. We caught up with her via e-mail after the announcement to ask her about her work. Below, she tells us more about her award-winning “green” approach to design, why it is important and what it will mean for the future of architecture.

For 25 years, Margie Ruddick has designed parks, gardens and waterfronts that blend ecology with city planning. Photo by Jack Ramsdale

What is the idea behind living sculptures in urban design? What effect do they have?

The idea for this space was to allow visitors to feel immersed in nature in a small interior space with severe natural light limitations.  A traditional atrium planting (like the bamboo in the 590 Madison Ave Atrium, formerly the IBM building) would have had little impact, given the small space, plus traditional plantings would have leaned toward the light. (Keep in mind that a fascination with over-sized, topiary sculptures has emerged in the past decade. Jeff Koons‘ “Puppy” is one of his most popular pieces, constantly traveling to enliven public spaces around the world.)  The effect I wanted to have in the Urban Garden Room was to feel as if you have stepped out of the city and into a fern canyon. Visitors report that there is something about the air quality—the humidity and the smell of earth—that automatically makes them feel more relaxed and able to breathe deeply and calmly.

Why are urban green environments important in a city?

OMG!  From ancient Chinese gardens to Vitruvius to Olmsted (and to the present era of urban greening) people have recognized the health impact of green spaces—cleaning air, cooling the earth, etc.—but also the psychological impact.  There are numerous studies finding that parks and green spaces improve mood, focus, and even intelligence.  I think a city without green environments can hardly survive .

How did you get involved in creating these types of environments?

I joined the horticulture work crew of Central Park in 1983 and two years later went to graduate school in landscape architecture.  I was bitten by the bug!

What role do you see green projects playing in architecture in the next 10 years?

More and more architectural proposals integrate “a green element” into buildings and built environments.  Green roofs, wild green terraces – the vision in a lot of architecture journals these days is of nature completely integrated as part of the city and part of architecture, rather than distinguishing between nature and building.  But, a lot of the images look like the architecture has been colonized by wild plantings, and not conceived from the same idea or the same pen.  I do think right now it is something of a fad, and that in ten years the reality of how you actually do this and keep buildings standing up and water-tight will have led to an architecture that doesn’t look as much like something that was left to go to seed, but a tighter and more rigorous integration of green into structure. 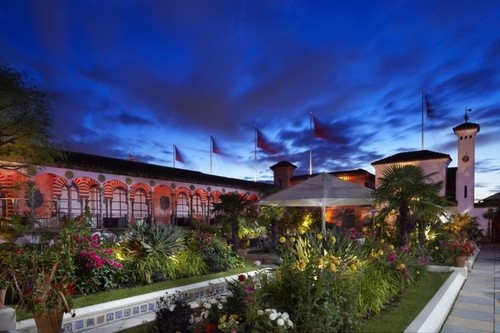 Take inspiration from the one of the most exciting garden clubs in the world to spruce up your roof garden.

The venue, which has just been bought by a German family, the Conleys, for £225 million, was part of Regine’s, a Seventies nightclub until 1981, when Sir Richard Branson decided to rent it, after reputedly having been denied access to the disco for being too scruffy. It became a private member’s club and restaurant, and the three gardens are cared for by head gardener David Lewis 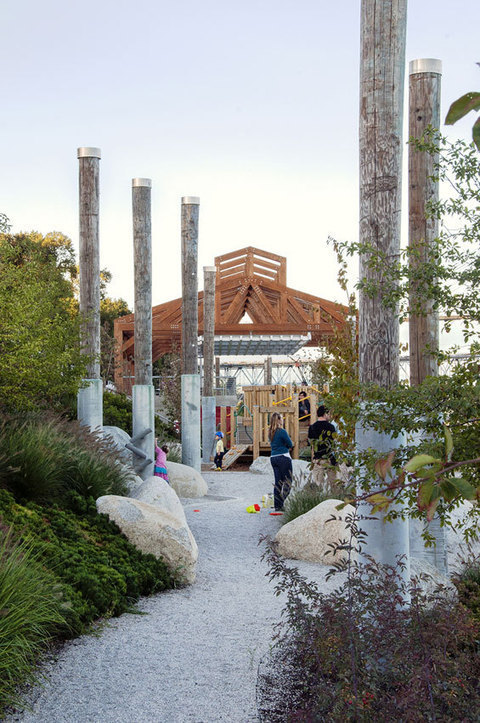 With four awards for environmental excellence already under its “green” belt, Westminster Pier Park, a 3.84-hectare park situated along the Fraser River on a derelict industrial brownfield site, opened to the public in June 2012. The removal of 3,600 tonnes of contaminated soil and the use of piers instead of fill in the river contributed to the restoration of the site’s damaged ecology. The introduction of new habitats provides biodiversity for the riparian foreshore and river ecology with the goal of increasing fish and wildlife habitat. The urban park is built from robust, easy to maintain, man-made and natural materials that can be recycled at the end of its 75-year life span, a vital goal of the City of New Westminster.  With sustainability as an integral part of the park development, the design is not only sensitive to the site’s current ecological needs but also to its future environmental impact. 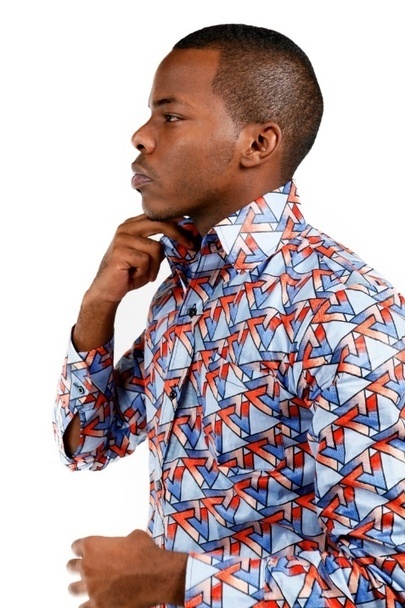 Every time I think about giving up, I just remember why I’m doing this. If we can just help one person, a kind of ripple effect will occur not only in her life but throughout her family. Motivation is a leaky bucket. No matter how much you start out with, you have to find ways to keep replenishing it.

Making difference is not easy – not many are prepared to go the distance and those that do will likely be accused of profiteering on the poor – so aits great ot hear form those who do it. 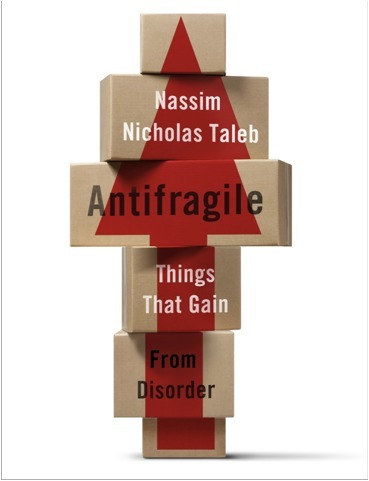 At The Atlantic Cities, Emily Badger writes about a new program from the Rockefeller Foundation called 100 Resilient Cities, focused on equipping cities with a new employee called a Chief Resiliency Officer.

Can bureaucrats be antifragile – as I am reading Taleb’s Antifragile at the moment, I find it highly unlikely – still  it seems the Resilience band wagon is gaining ground on the Sustainability gravy train