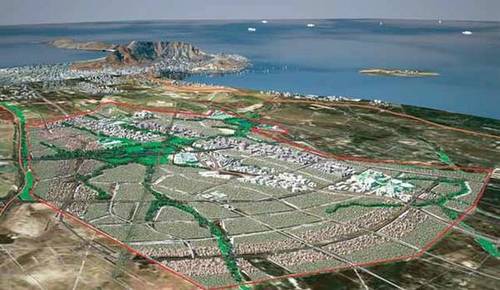 South Africa is rapidly urbanising, and in many cases infrastructure and municipal services are struggling to keep up. In the Western Cape, a private group of urban designers and developers think they have a solution. They want to build a new city 25km north of Cape Town’s city centre called Wescape, and so far they have the land, the plan, and seemingly the City of Cape Town’s blessing. But not everyone is convinced that the development is a very good idea.

Lots of flames – it remains to be seen how much fire there will be – already the "urban edge," so valiantly fought for by the urbanists, is ready to be dispalced by ploiticians – what next?