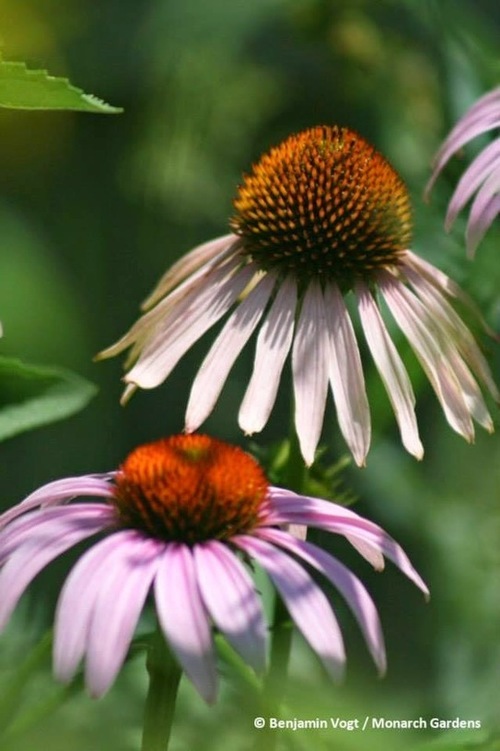 Here’s the thing — designing a garden, by its very definition, is an act against nature. A garden manipulates and contorts nature through the filter of our cultural and imaginative biases.

In this essay in Design Observer, adapted from “Ecology and Design: Parallel Genealogies” in  Projective Ecologies, edited by Chris Reed and Nina-Marie Lister, to be published this month by Actar and the Harvard Graduate School of Design, the authors revue the changing values attached to the term ‘ecology’, its history and impact on landscape and urban design and point to how these might be the focus of applied research and practice in the future.

Andrea Hansen, Tokyo Bay Marine Fields, 2009. Click image to enlarge.The past two decades have witnessed a resurgence of ecological ideas and ecological thinking in discussions of urbanism, society, culture and design. In science, the field of ecology has moved away from classical determinism and a reductionist Newtonian concern with stability, certainty and order, in favor of more contemporary understandings of dynamic systemic change and the related phenomena of adaptability, resilience and flexibility. Increasingly these concepts are seen as useful heuristics for decision-making in many fields, and as models or metaphors for cultural production, particularly in the design arts. This places landscape architecture in a unique disciplinary and practical space — informed by ecological knowledge as an applied science, as a construct for managing change, and as a model of cultural production or design. Ecology is, by definition, a transdisciplinary science focused on the relationship between living organisms and their environments. A relatively new science, its modern roots emerged in the early 20th century with the work of Frederic Clements and Henry Gleason, American botanists who studied the interactions between plant communities, and Sir Arthur Tansley, a British botanist and zoologist whose research on the interactions between plant and animal communities and the environment led him to coin the term “ecosystem” in 1935. [1] The interdisciplinary work of these pioneers prompted the development of models of ecological succession that dominated plant biology during the early 20th century and became the basis for the new integrated science of plants, animals and the environment eventually known as ecosystem ecology. The implications of this developing work were not limited to the natural sciences; in fact, popularization of these emerging world views was manifest in more widely read writings in the humanities and reverberated in other fields as well, including large-scale project management, governance and planning. Complex adaptive systems thinking made its way into the design arts as landscape was being rediscovered as both model and medium for design, and the environmental movement was becoming mainstream. Today “ecology” has been co-opted to refer to almost any set of generalized ideas about environment or process, rendering the term essentially meaningless. To recover a critical sense of ecology as a specific set of ideas that can continue to inform design thinking and practice, we start by identifying three important and parallel genealogies of ecology: in the natural sciences, the humanities and design.

In this paper Peter Del Tredici from Design Observer challenges landscape architects, environmentalists urban managers and the public to reevaluate  oportunisitic urban vegetation as an emergent ecology rather than as alien “weeds”, this is especially poignant  in terms of the loss of native vegetation and the problems of regenerating it on damaged or difficult urban wastelands.

The beach on Fisher’s Island off the coast of Connecticut — not a native plant anywhere. [All photos by the author]

The concept of ecological restoration, as developed over the past 20 years, rests on the mistaken assumption that we can somehow bring back past ecosystems by removing invasive species and replanting native species. This overly simplistic view of the world ignores two basic tenets of modern ecology — that environmental stability is an illusion, and that an unpredictable future belongs to the best adapted. [1]

Many landscape architects feel conflicted by the restoration debate, trapped between the profession’s idealistic rhetoric about the innate superiority of native ecosystems and the constraints imposed by the financial and ecological realities of a particular site. Over the past 250 years, people have altered the basic trajectory of modern ecology to such an extent that going back to some earlier native condition is no longer possible and is certainly not a realistic solution to the increasingly complex environmental problems that we face.

Landscape architects — and anyone else who works directly with vegetation — need to acknowledge that a wide variety of so-called novel or emergent ecosystems are developing before our eyes. They are the product of the interacting forces of urbanization, globalization and climate change, and are made up of organisms that have been brought together by the elimination or neutralization of barriers that had kept them separated for millions of years. [2] The concept of a novel ecosystem applies not only to our cities and suburbs but also to many landscapes that have been subjected to the disturbance-intensive practices of agriculture, industry and mining. It is unrealistic to assume that turning back the ecological clock will be any easier than reversing the economic forces that created these landscapes. [3]

Landscape architecture can be a charged discipline, especially when it has to resolve the competing interests of its human clients with those of the other organisms that seek to inhabit the same space. The dichotomies that separate people from nature, and native from non-native species, present contradictions that landscape architects must resolve if they hope to have a lasting impact on the environments they design. My purpose here is to articulate an ecologically oriented vision for human-dominated landscapes that does not define them as intrinsically negative, valueless or alien.

Urban Ecology
The range map from my book Wild Urban Plants covers much of the northeast United States and eastern Canada, from Detroit in the west to Montreal in the north, Boston in the east and Washington, D.C., in the south. [4] This is an intensively urbanized area, whether defined by the density of human population (500 to 1,000 people per square mile) or by the percentage of impervious surface. From a plant’s perspective, the latter matters more than the former. Recent research has shown, for example, that in the greater Boston area, most of the land inside the Interstate 95 beltway (along a westward transect) has an impervious surface coverage greater than 30 percent. [5] This figure provides a convenient and easily measurable definition of urbanization from the biological perspective.

Buildings and pavement not only reduce the amount of land available for plants and animals but also have a profound effect on hydrology by decreasing water infiltration, increasing runoff and compacting adjacent soil. [6] More than one study has shown that for urbanized riparian habitats, the number of native species relative to non-natives declines in direct proportion to the amount and proximity of impervious surfaces. [7]