A feature on an innovative approach to making informal and semi formal settlement s safe by intense public participation and a radical inclusionary approach is features in Gary Hustwit’s film,Urbanised post from  from Praxis in Landscape Architecture 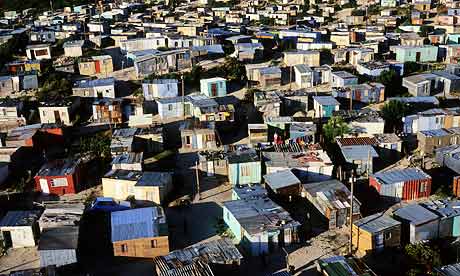 Khayelitsha Township via The Guardian

How can designers improve the quality of life for residents of the poorest and most dangerous parts of cities? It is a daunting problem, and the temptation is either to say that the problem is too big or that a huge infusion of cash is needed to even get started. What if some of the problems of the poorest and dangerous places could be ameliorated, at least, by design that does not cost a fortune? The figure for total world population living in cities by 2050, cited in the Gary Hustwit film, Urbanized, is 75%! And 1/3 of those people will be living in slums. It’s time for creative thinking!

One of the many interviews with Gary Hustwit on Urbanized is found in Urban Omnibus. Hustwit describes a project in a township outside of Cape Town, South Africa that is striking in its success, both as participatory design and as a well-conceived, modestly priced solution to improving quality of life for area residents. In Hustwit’s words:

the idea of participatory design — of using the public as a design compass instead of just getting a reaction to projects that are already proposed — is not being employed as much as it might. It’s really inspiring when you see it happening and working, like the VPUU (which stands for Violence Prevention by Urban Upgrading) project in Khayelitsha in Cape Town