Via Polis Posted by Katia Savchuk 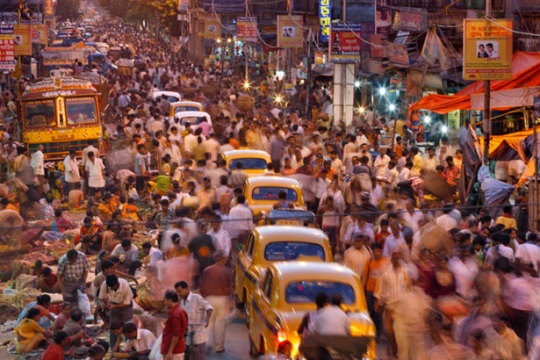 Sometime this year, the global population will reach 7 billion, according to United Nations estimates. Twenty-one cities now hold more than 10 million people, and many more will join their ranks by mid-century. Robert Kunzig, senior environment editor of National Geographic, shares his views on the impacts of the explosion and whether alarmism is warranted.  His feature on the population boom, the beginning of a year-long series on our crowded planet, appeared in the magazine this month.

The demographic tools at our disposal have presumably matured since Leeuwenhoek’s estimate based on cod milt. What are the best tools we have today to measure population growth and fertility rates, and how accurate are they?

Demographers still don’t have a scientific theory that would allow them to predict in advance how many babies will be born and thus how population will grow. What they have is decades’ worth of data on how population actually has grown in many countries. They use those observations of the past to project the future, country by country and for the planet as a whole. The UN’s global projections have been pretty accurate lately, but the farther out you go, the more uncertainty there is. So we know we’re going to hit 7 billion soon. Whether there’ll be 9 or 8 or 10 billion in 2050 is less certain. END_OF_DOCUMENT_TOKEN_TO_BE_REPLACED